When the Gaels came to Nova Scotia, they brought with them many very old beliefs, one of these being the belief in Fairies.  Fairies in Gaelic culture are not like those that you see in Disney movies - they don't have wings and they're certainly not pretty!  On the contrary, gaelic fairies are short, homely and are sometimes recorded as wearing red hats.  They are known for being particularly mischievous and can sometimes even be dangerous! 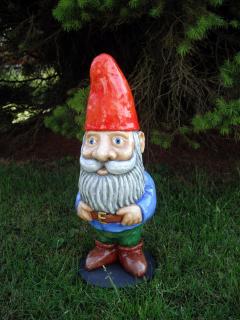 Fairies live in a "sithean" or "fairy hill". Did you know that the name of town of Inverness on Cape Breton was actually "The Fairy Hill"?  There are many stories of the people hearing beautiful music coming from the fairy hill.  Inside the fairy hill there is lots of music and dancing and time seems to stand still - what seems like a day will actually be a year.

The fairies sometimes bestow gifts of musical talent on people as in the following story from Alec Goldie of Middle Cape, Cape Breton.

How Donald Campbell Got the Gift of Fiddling

There was a fellow from Red Islands by the name of Donald Campbell.  One day, Neil went into the forest to gather the cows and he began to hear beautiful music.  He saw a small hill with a door on it.  He opened the door and he took a knife out of his pocket and stabbed it in the door.  He then went down a set of stairs and he saw fairies and they were all dancing.  There was an old fairy-man in the corner.  The old fairy has saw the knife in the door  and he said to Donald, "You are wise, my man.  It's an iron knife that you've put in the door and iron is blessed.  What would you like?  Silver? Gold?"  Donald said that he would like the gift of fiddling.  The old fairy gave Donald a fiddle and he played it for a while.  This was the most beautiful music that had ever beenplayed.  Donald left with the fiddle and he headed home with his cows.  Donald Campbell has been Cape Breton's finest fiddler since then. 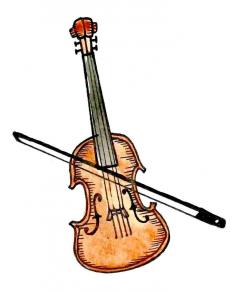 Another story tells us about man who entered a fairy hill but did not have any iron with him.  He spent some time there, dancing and listening to the beautiful music, but after a while he thought that he should really be heading home.  The king of the fairies told him that he could not ever leave, but after much begging and pleading, the king said that there was one way he would be allowed to leave.  He would have to cut down all of the ferns growing on the fairy hill.  The man thought that this would be no trouble at all.  He grabbed his sickle and immediately started cutting.  He cut all the ferns on one side of the hill but no sooner had he started on the other side, than the ferns began to grow on the side that he had just cut.  The man cut and cut and cut, but he could never manage rid the hill of all of the ferns.

To pass the time, he sang:

On the back of the beautiful hill

Finally, after much time had passed, the man cut all of the ferns down and he was allowed to return home.  Time spent with the fairies however is very different than it is with ordinary people and when the man returned home he found that over 100 years had passed and everyone was gone.  Everything had changed.

Based on story told by Joe Neil MacNeil appearing in An Rubha Vol 12, Issue 1.

Have a look at this video of another story concerning the fairies.