Most cultures have beliefs about ways to influence your luck, or signs that something good or bad is going to happen.  We often refer to these beliefs as "superstitions".  You're probably familiar with a few already.  The word "superstition" makes us think of old, perhaps silly beliefs.  However, for people who really do believe in them and practice them, they are beliefs.  That is why we will call them "folk beliefs" - beliefs that are held by the folk...the people.  Below you can read about some beliefs held by Nova Scotia Gaels.

The Second Sight | An Dà Shealladh

The Gaels believe that some people have the ability to see events in the future.  This ability - (what some would consider an affliction) is referred to as The Second Sight.  People with this gift often see terrible, rather than happy, events in the future.  Mickey Ceitidh of Benacadie, Cape Breton even went to seek a cure for his Second Sight as he was so afraid of it.  Here are some accounts of The Second Sight in Nova Scotia: 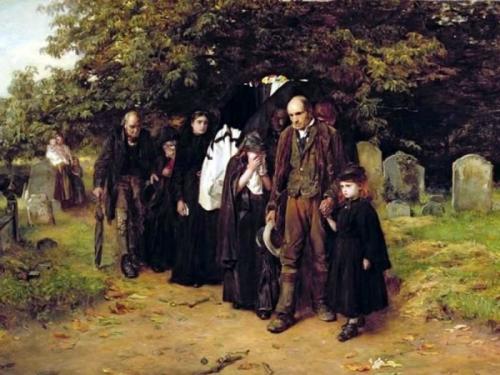 Mickey Ceitidh, of Benacadie, was helping load timber into the hull of a ship in Piper's Cove.  The last time he boarded the ship, he had a vision that the hull was filled with water and all the timber was bobbing and floating around.  Mickey was a fast and pleasant worker, so the captain of the ship offered him work on board.  Mickey remembered the vision he had seen and politely declined.  The ship was bound for Boston but long after it had left, people in Cape Breton got word that it had sunk and all on board had perished.

Like many peoples, the Gaels had many superstitions.  Tasks often had to be done a certain way so as to avoid bad luck.  Any act of turning something in a circle (putting a boat out to sea, passing a milling blanket) had to be done deiseal or clockwise, which is the direction that the sun travels in the sky and "natural".

Many Gaels also believed in An Droch Shùil or The Evil Eye which can be put on you by someone who envies you or something you have.  Therefore, you were not supposed to praise things (even babies!) too much.  It is common for people to want to say how beautiful or wonderful things are, but the Gaels believed that this could mean YOU wish to have these things for yourself and you could put the Evil Eye on something, whether you meant to or not. 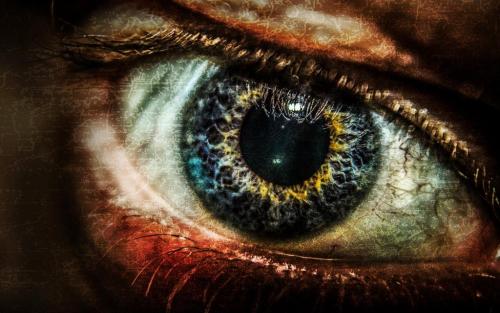 If an animal had been affected by the Evil Eye, they may become ill, or a cow may stop milking.  There are specific ways in which the evil eye can be removed.  One common cure was to make "Uisge Airgid" or "Silver Water".  A silver coin would be placed in the bottom of a wooden bowl.  You would then need to fill the bowl with water collected from a stream that had been crossed by both the living and the dead - perhaps a stream near a cemetery.  Once you had completed this, the water and coin could be poured over the sick creature and this was meant to cleanse it of the effects of the Evil Eye. 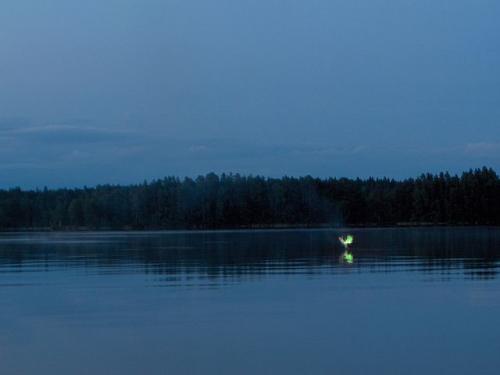 Manaidhean or Forerunners are things, events or sounds that predict what will happen in the future.   Dogs howling, birds flying into houses and especially the presence of a strange light in the darkness can mean that something bad will happen in the near future.  These lights, referred to as "dreagan" in Gaelic, often appeared where a death would shortly occur.  One of these lights was seen over Antigonish Harbour.  It appeared night after night until one day a boy's body was found drowned exactly where the light had been.

Sometimes, forerunners only appeared to members of a certain family and their descendants.   The following legends concern spirits that appear to descendants of certain families, foretelling a death amongst their relatives. 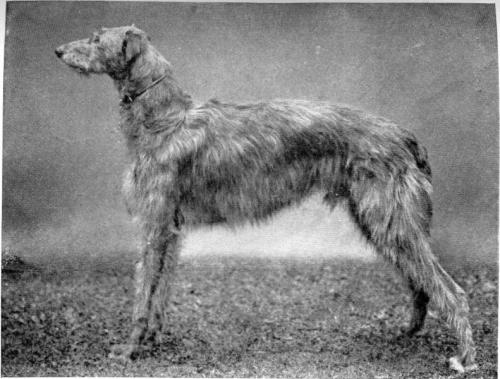 Many years ago, in the Old Country, there lived a MacDonald in a region of the Highlands called Meobal in Morar.  Some say that he was a shepherd and he had a grey sheepdog by the name of 'Lady'.  The man and Lady were very fond of each other and shared the greatest bond that a person and dog could ever hope to have.  Wherever the man went, Lady would follow.  The man had a little trick.  Whenever he neared his home, he would whistle a certain tune and Lady would run to be by his side.

Perhaps it was during the Napoleonic Wars (1803-1815), the MacDonald man left to join the army.  Lady was left in the care of a neighbour. On the day that the man left,  the dog ran after him as far as she could go, right up to where the ship was docked.

After the ship had sailed, Lady refused to return to the care of the neighbour.  She joined a pack of wolves and in time had a litter of puppies.  It wasn't long before Lady had become almost as wild as the wolves themselves.  She was often seen to take shelter in a cave with her puppies.

When the puppies were old enough, they joined their mother in attacking and killing sheep.  This bothered the locals so much that they resolved to catch the raiders.  But despite everything they tried, they could not catch Lady - so knowledgeable was she of the countryside.  From time to time, the people would catch one of the puppies but then Lady would return to the cave where she sheltered and birthed more puppies that would go on raids with their mother when they were old enough.

After having spent two years in the army, the MacDonald man returned to Morar.  He was reunited with his friends and relatives and immediately began to enquire about Lady.  They told him that Lady had joined a pack of wolves and, along with her pups, had been attacking and killing sheep.  Because she was so familiar with the countryside, she was able to avoid being caught, despite the efforts of the locals.

The MacDonald man had enquired as to where she and the pups were sheltering and the very next day he headed out to the cave.  As he neared their shelter, he could hear howling and screeching.  He began to whistle the tune he has always used to call Lady and everything grew quiet.  Lady recognised her old master and ran towards him in delight.  As the pups were wild however, they thought their mother was attacking the man and they themselves began attacking him.  Lady took the side of her master, attempting to protect him, but the pups then turned on her.  Both Lady and the MacDonald man were bady wounded.

After the pups finally retreated, Lady somehow managed to find her old home but collapsed dead on the doorstep before she could enter the house.  Others in the area were able to follow the drops of blood to where the MacDonald man lay dying.  He was so badly wounded that he died one day later.

The people of Morar all marvelled at the loyalty of Lady and when the MacDonald man was to be buried, the priest gave permission for her to be buried along side him.

It is said that descendants of these Morar MacDonald will see Lady, which they also call the "Cù Glas" or "Grey Dog"  before they die.  She is there to comfort them, ever loyal to this family.

Story based on that heard from Father John Angus Rankin and Hector MacDonald (Eachann Eòghainn) of Creignish, a descendant of Morar people, as recorded by John Shaw.

Many Gaels also had the belief that it was not good to make a wish for something or to be somewhere at night.  It was believed that if you strongly wished to be in a certain place, your spirit could travel to that place while you yourself still remained at home.  Read the following story of this very thing happening in Iona.

Ann an Riochd na Muiceadh | In the Shape of a Pig 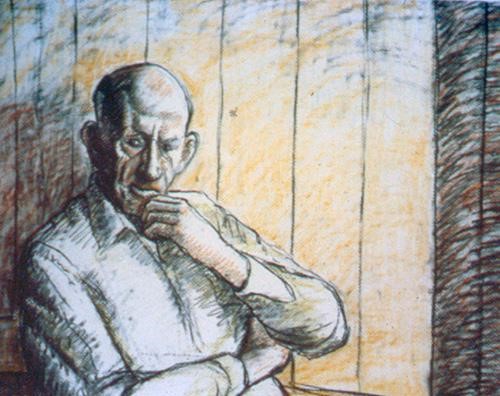 There was this fella in Iona who was was going out with a local girl, and it seems they went together for a long time.  It was the girl's greatest hope that he would ask her to marry him but it turns out that he was not interested in marrying yet.  He was always travelling to and from Sydney and back.

This one time, he asked a neighbour if he might like to travel with him that night and he agreed.  So they set off with the horse and wagon and on the way there, around Northside East Bay, they met with a pig.  The horse seemed rattled, and fearing that she might bolt, the neighbour got down and grabbed her by the reins to steady her.  They continued on to Sydney.

Later, back in Iona, the two resolved to head into Sydney at night but this time the neighbour would bring with him a whip which he would use to scarly the other-worldly pig with.

Sure enough, they met the pig on the road, around about the same place it was the first time.  The man took out the neighbour's whip and struck the pig with it.  She went flying off into the woods.

Some days later, the man went to visit his girlfriend but her brother told him that she wasn't well and was in bed.  The man went to her room to check on her.

"You know very well what's wrong!  You struck me, the other night on the road."

She then showed him the deep red welt that had been inflicted on her by a whip.

Based on the story as told by Mickey (Bean Nìlleig) MacNeil, Iona (above left) in Sealladh gu Taobh, Watson & Robertson.