The maritime dimension of the flu pandemic

“Nine Funerals in One Day at Little Village of Petit de Grat.  Seven deaths on Sunday and two on Monday from Spanish influenza in Petit de Grat … The poor victims had not even the comfort of religious consolation... Nine burials on Monday were held at Petit de Grat, four of the victims being taken out of one house.”

“Ravages of Influenza at Petit De Grat…. Spanish influenza of a most virulent type has broken out at Petit de Grat.  In this small community of about one hundred families, twenty-five persons have passed away and many are seriously ill.  Whole families are stricken with the disease.” 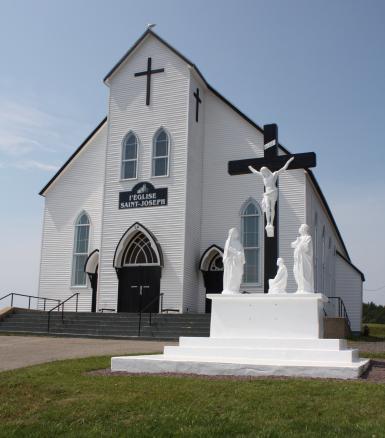 Influenza broke out in the fishing port of Petit de Grat after the schooner Athlete of Gloucester, Massachusetts, made port on 24 September 1918. En route to Nova Scotia, the whole crew fell ill, and the vessel barely made it into the harbour.

The schooner (Italy) [as he remembered Athlete] arrived in Petit de Grat with a full load of salt for the Comeau Brothers’ fish plant. She came from the Caribbean. A crew member named Frank Poole had died during the voyage [on 28 September]. He was the first victim of the flu in Petit de Grat.  Local people unloaded the schooner; shortly after, the flu spread through the village and neighbouring parishes like wildfire. Petit de Grat lost over ten per cent of its population in four months. ... My grandfather, James (Jacques Desire) LeBlanc, was harbour master and had to remove M. Poole's body from the schooner. He never became a victim of the flu.   My great-grandfather, Jeffrey Marchand, collected the cadavers with his horse and wagon. He also escaped the flu and credited the Black Rum for saving him. Remi Boudreau, the casket-maker of the parish, could not keep up; therefore many bodies were just wrapped in cloth and buried, several in the same graves. Wooden crosses were used as markers but have long disappeared. 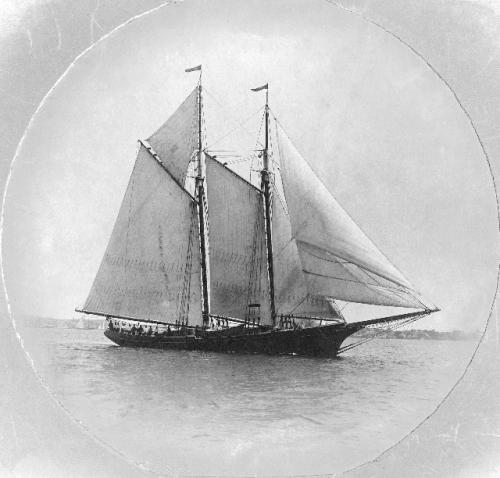 The Gloucester-built schooner Effie M. Morrisey, similar in design to the Athlete which brought influenza to Petit de Grat.

Some in the village thought that the flu was the revenge of the Germans, whose spies had poisoned the wells.  The symptoms were very high fever and the spitting of blood – some people died in the snow banks trying to lower their temperature. Houses were quarantined, while the afflicted were fed through house windows and isolated. The health authorities from Halifax ordered all bodies to be buried immediately without church services.  Gabriel LeBlanc remembers his great aunt telling him, with tears in her eyes, that ‘They threw them in a hole just like animals.’ She had lost several members of her immediate family, and the community was shaken with anxiety, fear and hard times.

Many more ill than die from influenza

The number of people who fell ill from the flu in small communities such as Petit de Grat often vastly exceeded the numbers killed by it, posing additional hardship. For example, on 30 September, it was estimated that 1200 cases had developed in the town of Inverness, Cape Breton, of which ten had resulted in deaths by that date.