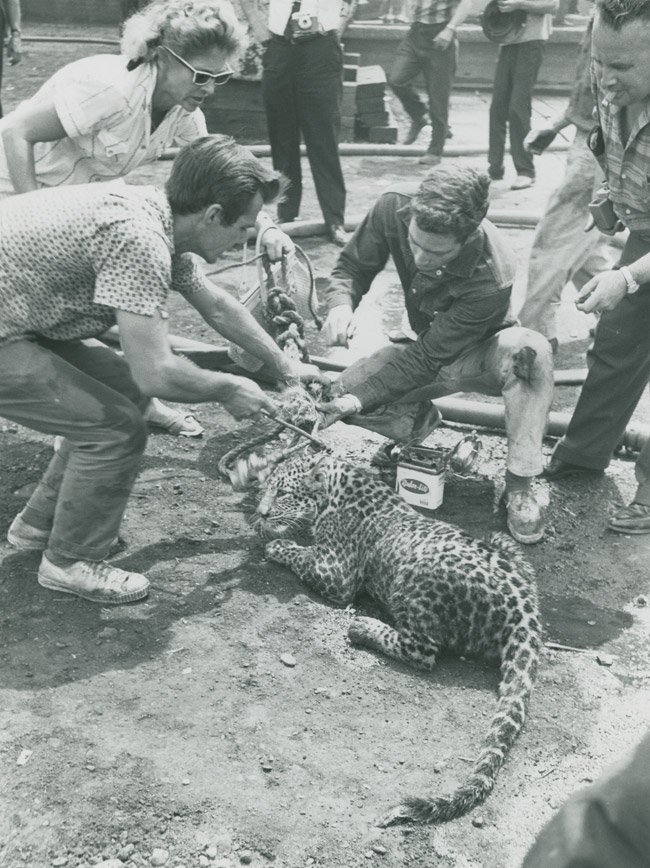 To those involved, the problems plaguing the Al G. Kelly and Miller Brothers Circus in the early summer of 1963 would have simply looked like bad luck. Looking back, it was just the beginning of a voyage beset with obstacles and tragedy. Their plan was ambitious, tour up the East Coast of North America visiting port towns aboard a recently purchased freighter – The Fleurus. The ship had been converted to accommodate the performers and their large menagerie of animals, including big cats, horses, zebras and three adult elephants. It was advertised as, “positively the first and only large circus ever to be transported from town to town on its own ocean-going diesel motored ship”. Although it could be disputed that they were the first, the attempt made a strong case for it being the last. 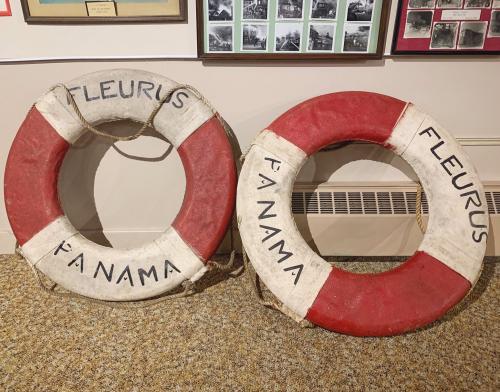 The troubles began on the day of their planned departure, June 1st, when an elephant and two ponies got loose and had to be wrangled. During that same time, the captain was tending to injuries sustained after walking through a plate glass door. With those accidents behind them, The Fleurus set sail the next day. While sailing away, it was listing to the starboard side, where the three elephants were being enclosed. A few hundred meters from shore, there was a problem with the steering mechanism forcing them to return to the dock to wait another two days for repairs to be completed. This marked the beginning of their misfortunes. 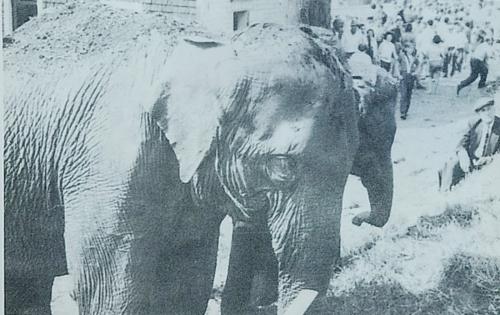 Of course, some might have thought, an endeavor such as this doesn’t come without its mishaps. With those initial growing pains behind them, the ship set sail on June 4th. Only 21 hours later the radio died, refrigeration broke down, and an engine piston cracked. This left them drifting at sea with hungry lions, a spoiled meat supply, and no way to contact help. They drifted for three days before being spotted by a rescue plane and towed into Charleston, North Carolina for three more days of repairs. When ready, they departed and arrived in Yarmouth two weeks late. 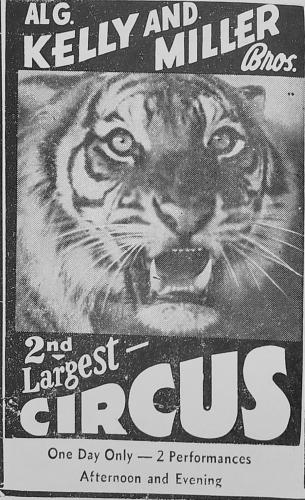 The circus put on two shows for the people of Yarmouth, who undoubtedly reveled in the performances and exotic animals. The next day, The Fleurus was being prepared for its short trip to Shelburne when disaster struck yet again on a scale that would devastate the show. Loading was almost complete, with all the animals stowed, when a fire broke out in the engine room. Thick smoke alerted the town and four fire engines were dispatched to the vessel to fight the growing blaze. The tide and the ship’s tendency to list to starboard made it possible for rescuers to lay heavy planks from the boat to the wharf, allowing the elephants a path to be evacuated. A newly installed heavy crane was used to unload animal cages from the upper deck, while several firemen watched on armed with rifles had animals escaped damaged cages. That precaution seemed sensible when the sling carrying the first unloaded cage, a pair of lions, snapped. Luckily, the cage held and the big cats were unharmed. 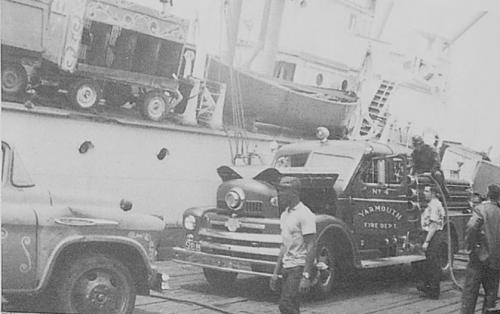 Despite the early successes in evacuating the animals, not all had such an easy transition to shore. A horse named Sparkle managed to escape from the hold below and threw himself into the harbour. Confused by the chaos, he swam under the wharf, trapping himself. Hearing the panicked horse below, one of the circus staff, Bob Dawson, heroically swam to the hysterical animal and guided him out of the water. A Brahma bull also swam to safety as the ship sank. Sadly, one zebra was still in the ship hold as it settled in the water. It was the only animal to lose its life in the disaster. A small miracle. 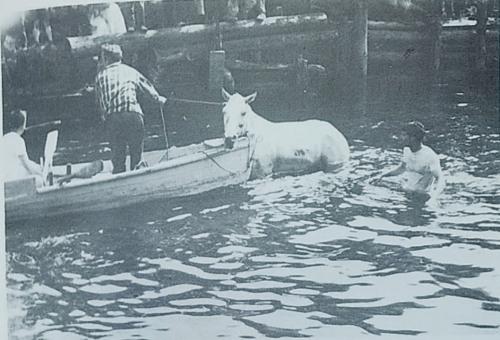 The cost of the fire was estimated to be around $150,000 – $200,000, over 1.25 million in 2020. In addition to the ship, which was later towed out to sea and sunk, they lost their wagons, tents, harnesses, saddles, and personal effects. The circus left Yarmouth by truck several days later, but their run of bad luck wasn’t through. While transporting the animals back to Florida, one truck veered off the road, killing two elephants and one worker. Proving that history isn’t without a sense of irony, it is necessary to point out the sponsor who brought the circus to town in the first place – none other than the Yarmouth Fire Department.

Learn more about the the Circus Ship Fire with a visit to the Firefighters’ Museum of Nova Scotia.