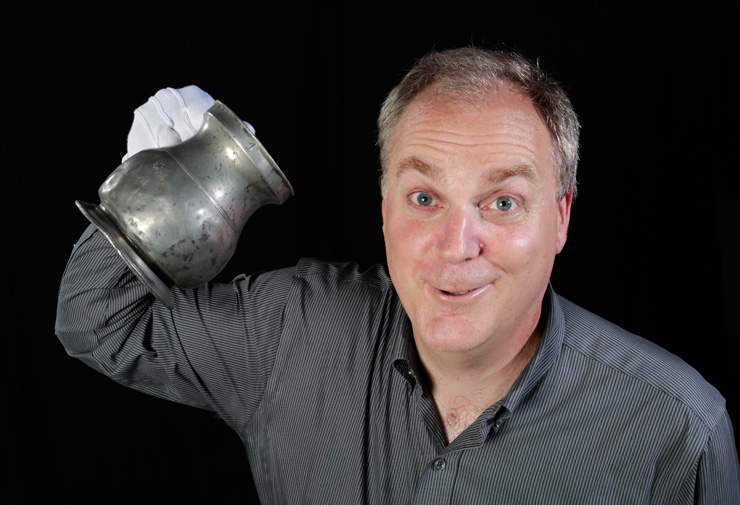 Martin Hubley is our Curator of History, having joined the museum in 2013. From an early age, he has been fascinated with both history and museums, believing strongly that history is, and should be, fun. He has researched artifacts held in collections in both Halifax and Ottawa. After completing an undergraduate degree in history from Saint Mary’s University in Halifax, and spending seven years in the Canadian Foreign Service working as a diplomat in the Middle East and elsewhere, his interest in things historical eventually brought him back to university for graduate studies. He completed a Master’s degree from King’s College, University of London, England and then a doctorate in British history at the University of Ottawa. While the latter field has long been portrayed as somehow “exceptional” among the history of nations for varying reasons, Martin strongly agrees with Billy Bragg that if there is a single trait in British character that historically set Britain and its empire apart from others, it was in the British people’s “determination to limit the authority of those who rule over us.” Martin’s doctoral research examined the multi-ethnic lower decks of the ships of the British navy in early Nova Scotia in the eighteenth and early nineteenth centuries. He has published several articles in this area, and has taught courses and guest-lectured at both the University of Ottawa and Saint Mary’s University.

About the History Collection